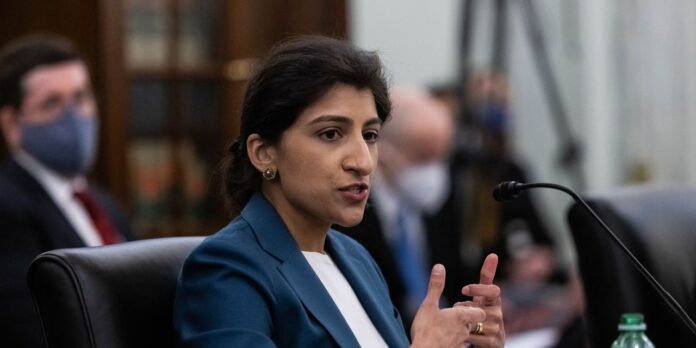 Federal Trade Commission Chairwoman Lina Khan said Tuesday she was “extremely disturbed” by allegations made by a Twitter whistleblower that the company misled the FTC about the extent to which it was complying with a 2011 consent decree reached with the agency.

“There has absolutely been a problem with companies treating FTC orders as suggestions,” Khan said during a Senate Judiciary subcommittee hearing. “We have a program underway to really toughen that up.”

entered into the consent decree in 2011 after the FTC alleged that hackers gained administrative control of Twitter on two occasions in 2009, granting them access to non-public user information and tweets that consumers had designated as private.

In May the FTC ordered Twitter to pay $150 million for violating that order and deceptively using data, like cellphone numbers, meant to protect account security for targeted advertising.

Peiter “Mudge” Zatko, a respected cybersecurity expert and Twitter whistleblower, told the Senate Judiciary Committee last week that the company withheld information from the FTC when it conducted interviews aimed at enforcing the order.

Democratic Sen. Richard Blumenthal of Connecticut asked Khan Tuesday whether the agency is investigating Twitter for these deceptions, and she replied that the FTC is “looking at this closely.”

Khan also described the 2011 consent order as a “legacy approach” that the agency is now moving on from. She said that one “remedy” the FTC is using to make sure companies follow consent decrees is naming individual executives or directors of the company in the orders, and holding them personally responsible for misbehavior.

Blumenthal noted that Zatko alleged that knowledge of Twitter’s deception went all the way up to the CEO, Parag Agrawal, and he asked Khan whether she would be prepared to name him in any impending orders against the company.

“Absolutely,” Khan said. “If we have a basis for naming individuals because we find that they meet the legal standard for that we won’t hesitate to do it.”