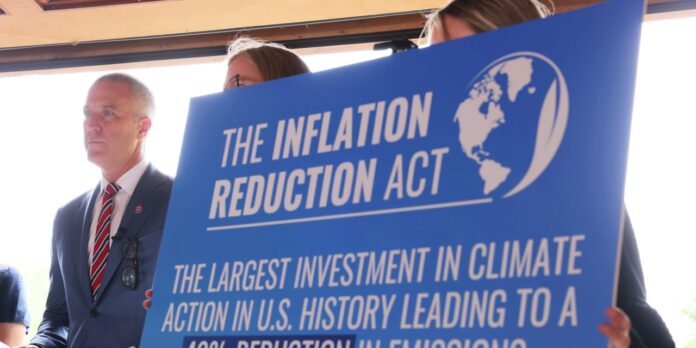 The reviews keep coming in for the Inflation Reduction Act, and some analysts now have calculated what the Democratic Party’s big climate, healthcare and tax package could mean for S&P 500 companies.

“Based on our analysis, the negative impact of the IRA Act on S&P 500 EPS is estimated at ~$4-5 in 2023,” said a JPMorgan team in a note on Tuesday, referring to full-year earnings per share for the overall S&P 500, which is expected to be well above $200 next year.

“Note, this EPS downside is largely a function of the 15% book minimum tax and 1% tax on buybacks,” added the big bank’s analysts, led by Dubravko Lakos-Bujas.

The new book minimum tax imposed by the law looks like a “mild” headwind overall for the S&P 500 in 2023, they also said. Meanwhile, the impact of the new buyback tax is two-fold: “reduction in earnings from paying the new tax,” and “reduction in overall gross buybacks (all else equal) to compensate for the tax and thus a smaller reduction in ‘S’ within EPS.”

Related: Biden has signed the Inflation Reduction Act. Here’s MarketWatch’s rundown of how it will affect your energy bills, investments and drug costs.

closed lower Tuesday, as traders braced for the Federal Reserve’s next interest-rate hike. The equity index is down 19% for the year.

And see: Will the Inflation Reduction Act actually reduce inflation?